In “O Banqueiro Anarquista” by Fernando Pessoa, the banker states that he is in fact the real anarchist, while all others are just theorists; pseudo-anarchists. This philosophical tale by Pessoa carries particular significance today. 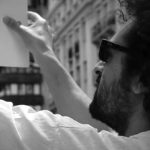 Economic value in the field of art and culture has never been an easy topic but the apparent freedom and anarchy in fields which have more economic impact, such as the financial system, are also taboo. In recent times, the subject appears to have been publicly exposed: the financial system was revealed to go beyond the rules, behaving anarchically, and underground or criminal art movements such as graffiti and street art found a path to the market like never seen before.

This essay highlights elements of a larger research topic on the cultural values of Urban Art, specifically those relating to economic value.

The perfect financial storm hit’s Lisbon in the early 21st century, in a context were the city was still finding out how to convert its infrastructure from one of decay to renewal.

After Portugal’s mural renaissance in the late 70’s – a consequence of democratic freedom and low cost communication strategies – the 80’s heralded a period of inactivity in terms of art on walls. In the 90’s however informal discourses associated with “hip-hop” sub cultures (imported from New York via Paris) began to appear. Many of this first generation of taggers and writers are still active today and share reference points with a new generation that in the 21st century started to stimulate more eclectic discourses associated with street art, graphic design and illustration.

In this context, and after the 98 world expo’s multi-million budgets for public art had been expended, the public art paradigm had to change. The time for low budget productions arrived in 2008, when Lisbon city council assumed a strategy for (graffiti related) Urban Art. A number of factors allowed space for this strategy: decayed buildings serving as canvases, the city’s existent graffiti scene (which required a program), and an increasingly mature body of authors/writers.

The strategy included two main components, the first one related to tourism, city branding and public relations. The second was the creation of an entrepreneurial ecosystem somehow connected with the idea of the ‘creative city’.

The desirability of short term ‘city breaks’ depends on visibility, widely achieved through IT developments and trends. The political and security issues of the destination are also relevant, as is accessibility, which should be fast and cheap (e.g. low cost flights).

However, there’s also the 3.0 consumer or the ‘prosumers’ needs, which should be taken into consideration. When combining city breaks with this human need for creation you have the perfect ingredients for graffiti and street art development. Lisbon Street Art Tour, The Real Lisbon Street Art Tour, and Underdogs Tours, are just some examples of ongoing services that are taking advantage of this fact. Exemplifying the union of creativity and business, while aligned with the city’s wider cultural policy of financing low cost public art.

In Lisbon 30% of jobs are connected to the creative sector: 47% of GVA (Gross Value Added) is generated by 22,000 companies from the creative sector. The city boasts more than 100 teaching institutions that on average produce 33,000 graduates a year.

Just mentioning the most relevant initiatives alongside the wider picture of cultural (and other integrated) local policies, there’s clearly a cluster of actors within the Lisbon creative sector specifically dealing with graffiti and street art.

But the reality is not uniform. This investment consisted of a very limited amount of resources for the promotion of graffiti and street art practices. An analysis of the available public data from 2008 – 2016 shows overall investment in the city’s Urban Art strategy as averaging 28.000EUR per year.

Even with the knowledge that the ‘real’ value of this investment is much bigger, it is still less than 2% of the municipalities estimated budget for graffiti removal – a 3-year program that is being implemented with a budget 1.3million EUR per year.

Although there’s been some overtures and resources invested in cultural initiatives, the infrastructural approach is still “blind” to the added value that graffiti, street art and urban creativity brings to the urban landscape.

Acting in an apparent contradictory manner, it’s more important than ever that the institutional forces that deal with this phenomenon are supplied with impartial research data in such a way that could better decide how to proceed tackling the subject of graffiti and street art: either as a menace or as bringing added value to the city.