Theses on art, alienation and revolution

Art is revolutionary. Art necessarily has an antagonistic relationship with capitalism that at one and the same time conditions and limits art. Capitalism not only gives shape to the world in which art – the institution of art, the art work and the artist – emerges into, capitalism also dominates this world and retains it in its image. Therefore, art has necessarily to reject capitalism and its dominance. 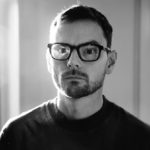 Mikkel Bolt is an art historian and writer. He has published a number of books most recently Samtidskunstens metamorfose (2016) and Trumps kontrarevolution (2017) and contributed to journals like e-flux journal, Rethinking Marxism and Third Text. He is editor of K&K and Mr Antipyrine. Bolt is an Associate Professor at the Department of Arts and Cultural Studies, University of Copenhagen.

Art is an effect and a result of a break. The dissection of life into separate spheres. Art’s autonomy is the result of a social process in which political economy is also separated and turned into an autonomous sphere. The self-sufficiency is parallel; art is meaning without reality, political economy is reality without meaning. Art’s ideality thus supplements the materiality of the economy. This is the starting point of art, this is the relation art always tries to process and reject. And this is why modern art has taken the form of an endless series of fantastic and ridiculous escape attempt and suicides. This is why ‘Death to Art!’ has been art’s motto all the way from Jean Paul to Rimbaud to Warhol to Debord and onwards to Luther Blissett.

Art distinguishes itself by a consistent self-critique. As no other praxis art is constantly and always pushing the boundaries and capable of expansion and connecting to other discourses. The expansion of art is a learning-process in self-alienation and hospitability. And because art is conditioned by capitalism, this self-critique also includes a critique of capitalism.

Art is an attempt to reach beyond. Beyond itself, but also beyond capitalism. To create another world. This is the lesson of the avant-garde; that it is necessary to break free from art and create connections with other anti-capitalist practices on the other side of art. It is in this way that art acquires signification. Art must necessarily test autonomy, not doing so would amount to not addressing the fundamental conditions concerning art and capitalism. It is that simple.

As an autonomous and privileged form, art is separate from life. It is and remains locked inside capitalist society. Artistic praxis is the visible expression of capitalist society’s alienated praxis. Art is creativity that is allowed in as much as it does not question the fundamental separation of work and art. Instead of realizing its needs in everyday life, art abstains and withdraws to its autonomy. Art’s freedom without efficiency equals the efficiency of work without freedom. Capitalism and art are two sides of the same mode of production or the same society.

Art is the visible expression of an alienated activity. Even when art is anti-artistic and intervenes outside the institution of art it only confirms alienation. Its satisfaction of needs always has to do with alienated needs.

Art is anti-capitalist. In order for art to become itself art has to reject capitalism and the capitalist society. If art fuses with capitalism, it disappears (as Marcuse writes). Therefore, art is forced into trying to supersede capitalism and abolish it in its entirety. This has of course taken place in a number of different ways throughout the history of art but it is a constitutive condition for art that it is engaged in this undertaking and tries to move against capitalism. From romanticism though aestheticism and the avant-gardes to high-modernism and on, art has been a continuous testing of capitalism, simultaneously production of art as an autonomous phenomenon and the rejection of art’s function within a larger process of de-differentiation characterized by the appearance of relative autonomous discourses.

Capitalism is both art’s condition of possibility and its limit. No matter what designation we use – the bourgeois capitalist world, modern, late-modern or post-modern society, integrated world-capitalism, the society of control, empire or the specific capitalist mode of production – capitalism sets the frame for art.

In its neoliberal phase the dominance of capitalism tends to become total. Neoliberal capitalism not only uses art as a model for new forms of work and consumption, art is also being sponsored by banks, firms and cities that in exchange acquire a smarter or socially concerned brand adapted to the ruling idea of social responsibility.

As an institutional activity art has no critical function. When the formal innovations of art become norm it is only in the institution of art that art has any kind of ‘critical’ function. When this happens, when the avant-garde becomes tradition, art not only stops being negative, it also stops being art and turns into industry.

Art is situated between ideas and ideals. Like moral, religion and metaphysics art is a mystical fog in the mind of wo/man. It has no independent existence but is attached to its material presuppositions. In that regard art is just a reflex or an echo of human life processes. Art appears to be autonomous and disconnected from the primary material life production but serves to uphold the symbolic relations in the social organisation.

Art is artificial. Art is not a natural testing of capitalism but a negation of capitalism. An attempt to get away.

Art has to question the already produced world and open passages towards another world. It constantly has to visualize the continuous catastrophe of capitalism. And it has to haunt the already created world with representations of another life. It should not only shake all familiarities and interpret the world differently: it has to transform the world. This is the starting point for the idea of art, this is the dream, this is the hope that continues to haunt art. Art is thus an attempt to envision modernity differently. Art always has to do with an idea of an ending of existing capitalism, whether this takes a grandiose form as in Constant’s New Babylon-project, is tragicomic as in Syberberg’s Hitler-film, hysteric as in Bataille’s novels, distracted as in Walser’s micrograms or just damned ironic as in post-post-neo-avant-garde projects like Bernadette Corporation.

Whoever is not prepared to talk about capitalism should remain silent about art. As a modern phenomenon art is indissociably related to the capitalist mode of production and the de-differentiation process of capitalist modernisation. Art shaped the world art emerged into and art appeared as an autonomous sphere in the violent and comprehensive transformation of the world that took place in the 18th and 19th century where more and more aspects of human life were subsumed under capitalist relations of production.

The artwork’s autonomy cannot function as a model through which the abolition of wage labour can take place, it can only function as a model for a communist praxis after the abolition of capitalist wage labour (Adorno), meaning after the abolition of art. This is the positive side of the fact that 30 % of the German youth want to be artists. They of course intuitively understand art as an escape, to be an artist is a possibility of escaping capitalism’s depressive cycle of production and consumption where everything is mediated or turned into a commodity including one-self. What they don’t necessarily understand it that art’s potential will only be realized though the supersession of art. The abolition of alienated labour is the same thing as the supersession of art, as Debord wrote on two of his Directives in 1963.