Some notes on street art, murals and power in public space

Today’s huge institutional murals have very little to do with the ephemeral, contextualised, human-scale pieces scattered across the landscape we used to call street art some years ago. These are two very different practices with diametrically opposite roles regarding power in public space. 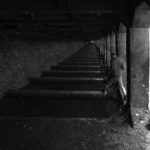 Javier Abarca (Madrid 1973) is an artist, researcher and educator in the fields of graffiti and street art. A leading figure from the first generation of Spanish graffiti, he taught a class on graffiti and street art at the Complutense University of Madrid between 2006 and 2015. He founded the website Urbanario in 2008. His teaching, curating and writing have been commissioned by museums and institutions in Spain and across Europe.

Due to the unregulated nature of their practice, street artists can ignore the boundaries dictated by property that determine where they can or cannot act. A piece of street art can simultaneously cover two or more contiguous surfaces belonging to different properties, thus ignoring the division of matter and space demarcated by money. Street art can make visible how these limits of action and physical demarcations are arbitrary and cultural. It can take space and matter back to its natural state, when everything was for everybody to use, and nobody actually owned anything.

Murals, conversely, confirm the limits demarcated by money. They validate the status quo by arranging themselves obediently where architecture and property dictate. Instead of questioning the logic of money, they visibly reaffirm it.

While power uses architectural materials to try and make its division of the world into a permanent physical reality, street art typically uses humble, temporary materials such as paint or paper, which transform space merely at a symbolic level. For this reason it can be read as a sort of parody of this allegedly permanent capitalist arrangement of the world, this presumptuous order that inescapably goes back to the amalgam from which it started. Street art can therefore be a sort of foretelling of the future state of a building. This is one of the reasons why it can be disturbing, because it can make visible how a prideful building is in essence just a miserable ruin.

In the process of creating and searching for street art pieces, both the artist and the viewer often get to explore parts of the city they would rarely visit otherwise. Places such as alleys or empty lots, dead spaces below or around bridges and other infrastructures, even off-limits terrains such as abandoned buildings or tunnels. French theorist Guilles Clement describes how the distinctive value of these places resides in them being the only parts of the city free from the control of money, and how they thus become the only chance for the city dweller to find space for natural and human qualities such as indetermination or imagination.

For both artist and viewer street art can end up being an excuse to discover and visit these kinds of ignored places, to follow unfrequented paths across the city. Being on the look out for street art consequently widens and enriches the viewers’ awareness of their environment. Murals, conversely, tend to appear within the predictable spaces of power. They take the viewer along the official paths, through the alienating urban spaces of production and consumption.

A street art piece mutates and evolves like everything around it, including its viewers. It naturally intertwines with the evolution of its context and with the life of the people that repeatedly come across it. Murals, instead, are generally meant to remain. They exist in a plane different to that of the viewer. They are frozen in the atemporal dimension of the monument, of power, far detached from the real life going on around them.

Street art always works within a scale related to the human body. It can only go as big as the body allows. An artist can reach beyond that by using a ladder or a pole, but these portable tools work only as extensions of the body, therefore the scale of the resulting artwork is still visibly human. Artists can also take advantage of the features of the architecture surrounding a chosen spot, for example climbing up a ledge or leaning out a window. But, again, this takes place within discernibly human limits. A street art piece is the visible presence of a fellow human being.

Murals, conversely, exist in an inhuman, monumental scale, very far from the viewer. When producing a mural, artists are not forced to understand their working environment, because they do not need to adapt to it. Murals are deployed with superhuman devices such as scaffoldings or cranes, which operate on a scale that allows the artist to ignore the context of the artwork. Instead of coming from below, a mural comes from above.

A piece of street art is necessarily created in a way analogous to the way a path appears on a landscape. A path needs to adapt to the features of the terrain, it is the result of a dialogue between these features and the scale and potential of the human body. A mural, on the other hand, works as a highway or a viaduct, ignoring by its very nature all but the most prominent characteristics that define a place. A similar analogy could be drawn between a piece of street art and a medieval street, which takes form based on the features of the terrain and the decisions of its inhabitants, and between a mural and a Haussmannian avenue, deployed with the help of superhuman machines and blatantly blind to any human or natural characteristic of the place it appears on. A mural is, from this point of view, yet another instrument for exerting control over the environment and its population.

A mural reveals nothing about the possibilities and limitations of the relation between the human body and the built environment. It is no longer a portrait of the relation between a person and his or her surroundings, which is necessarily open to dialogue. It is, instead, a portrait of the way in which power relates to the environment, which is most often a blind, imposed monologue.

Viewers can respond to a piece of street art. They can, for example, correct it or paint over it. Street art is a call to action – it empowers the viewer. It brings us back to the time when each person was able to rearrange his or her surroundings as far as his or her bodily potential would allow, before the power of a few would start to determine the limits of action of everyone else. It evokes this inherently human reality whose repression has created the alienating scenario we now live in. In light of this, it is only natural that street art, and particularly the neighbouring practice of graffiti, have become more prominent and violent as the control over the environment exerted by architecture and advertising has become stronger.

As opposed to the empowering nature of street art, murals force a passive position on the viewer. Like architecture or advertising, murals are a monologue that the viewer cannot respond to. Murals make clear that the viewer is a passive spectator, and a consumer. Street art can be a dialogue between people, while murals are essentially a one-way communication channel monopolised by power.

Excerpted from “From street art to murals, what have we lost?”, Street Art and Urban Creativity Scientific Journal Vol 2 Nº2, 2016.