“Me, on the other hand… I’m an optimist. So, when I see this, I don’t think the sky is falling. I think that, sir, is the sound of opportunity knocking.” 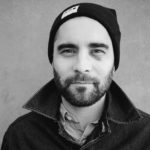 Evan Pricco is the Editor-In-Chief of leading international contemporary art magazine, Juxtapoz, based in San Francisco, California. Prior to starting with Juxtapoz in 2006, Evan worked at SF-based gallery and apparel company, Upper Playground. He is the author of Juxtapoz’ continuing book series, including a brand new title, Juxtapoz Hyperrealism, out in stores in Fall 2014. He has contributed text to numerous books, as well as written for Playboy. He continues to champion Public Art everywhere he goes, and has been interviewed by Bloomberg News about the merits of Public Art and its financial impact. He now lives in Sausalito, California.

I’m going to start this essay off by trying to connect the best written TV season ever, Fargo Season Two, and the concept of street art and power. There is a big part of me that sees the sky falling. Everywhere, not just here in America. Shit is falling apart. You can just feel it. We had these eight standout years that were, obviously, not without struggle, conflict and frustration with power and those in charge. But you felt like the conversation was moving forward; that we were evolving and beginning to understand the nuances of race, sex, gender, justice, climate change, and simply language itself. We were (and the “we” here is those of us who constantly think of the evolution of these previously listed nuances no matter what leaders are in charge) beginning to feel empowered to really challenge the status quos and turn our space in the world into a place where everyone could begin to feel included. And then, well, we took a few steps back this past November.

I’m speaking for America, but it applies to a lot of people and places. The sky is falling. Not everyone was ready to have these nuanced conversations. A lot of people, Europe, Asia, America, still digest information in simple platitudes, banal expressions and ignorant speech. We’ve gone back to the language of 1984 while living in Brave New World. We are distracted. We have toys. We have gadgets. We have a celebrity president whose catchphrase was gas station memorabilia in the early 2000s. So the attempted progress of a few years ago is sort of back to square one.

But… but! I’m going to be like MIke Milligan here. Don’t think of the sky falling. Think of what this means in terms of how we now have to fight against power. This is an opportunity for the arts. This is a time where we really need to get comfortable with being uncomfortable, to retool our arsenal about how we compete with and challenge the power structures in the world around us. This year’s Nuart Festival is based around this theme of power, or, as they note, “…questioning who has it, who doesn’t, and how sanctioned and unsanctioned street and public art can challenge prevailing mechanisms of control.” What Nuart has successfully accomplished in past years is putting street art and graffiti into the pantheon of historically relevant political interventions. Whether those interventions come in the form of revolutionizing the way we look at art itself, or how we look at dissident behavior, or how we challenge power structures, Nuart has always attempted to connect these dots.

When the theme of “Power” was raised for the 2017 edition, I immediately thought of this classic Milligan line: we are in a time of opportunity. It’s our time to question. What have we done well in the past? What can we do in the future? How did the power structures form, and how do we fight back and infiltrate these systems with better ideas and plans to make the world, if not better, more sustainable and equal. Using the idea of public space, as Nuart bases its whole program on, is the best place to start. It’s where we shop, eat, drink, gather, wander; it’s the place we all share. If we begin to share ideas here, or challenge the notion of shared space in the face of powerful entities that control what we see and what we buy, this is us challenging the system. Or, challenging the man, shall we say?

While we are at it, let’s not talk about Tweeting. Don’t show me your iPhone photos from a protest. Don’t Snapchat or Instagram that you passively care about a cause. Let’s not discuss social media’s impact on challenging these power structures. These new modes of communication are owned and operated by the definition of power. These are, by Wall Street definition, the man, man. I love that these mediums connect us with causes around the world, allowing us to find like-minded struggles in far-off places, that they teach us new ways to challenge this idea of power. But Nuart is about discussing and doing. Street art and graffiti, when it’s great and subversive, is about the action on the actual street. When you get on Instagram and see something that challenges the way mainstream audiences think about the world, when you see something that is in direct conflict with power structures and you start to feel empowered yourself, it is generally right next to a photo of a kitten. I love kittens. They are my favorite thing on Earth. But when I want to feel enabled and strong when I see equal rights rallies in Korea, or Occupy Wall Street protests in NYC, I don’t need comfort. I want that unease. I want to see and feel something new in my consciousness.

Yes, I went from Fargo, to power, to Instagram, to kittens—but my point is that we live in a tremendous moment in time where we constantly see progress nullified by grabs of power that leave us feeling defenseless and hopeless. We have always had wonderful tools to grapple with these feelings, whether it be through Street Art, protest, social justice reform, human rights, and activist platforms brought to the forefront through the campaigns of Bernie Sanders and Jeremy Corbyn. Sometimes we needs these reminders to fight back. To understand what the power structures mean. Where Nuart takes this discussion, from the way the streets are owned and operated, to the way museums control our art history, I see an opportunity to equip ourselves for the intellectual and ideological battles ahead. The sky is falling, and we are ready.