Street Art as Heritage:
Right to the City?

In recent years individual street artwork and graffiti have been framed as cultural heritage.  However, attempts to integrate street art and graffiti into heritage frameworks have not provided answers to the philosophical and practical problems of the preservation of street art. 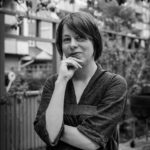 Laima Nomeikaite is human geographer, urban planner and physical improviser. She works at the Norwegian Institute for Cultural heritage Research, where she researches on street art as intangible heritage. Her research interests center on the interplay between heritage, arts, city and space/place. She together with her friends have led for several years festival ‘Matgilde mot Hungersnød’ (Feast against Famine) in Bergen, the project has closely collaborated with the street art collective Bart at that time. Laima is taking also part of the improvisation company ‘På Stående Fot’ led by the chorographer Kristine Nilsen Oma.

One of the limitations of those framings is that unsanctioned street art and graffiti value “right to the city” and its components; such as “the right to everyday experience”, illegality, transcendence and anti-commercialism, have tended to be not considered. Andrzej Zieleniec (2016, pp. 10-11) asserts that unsanctioned graffiti and street art can be understood as an “expression or embodiment of Lefevre’s cry and demand for the “right to the city”, the right to appropriate, appreciate, know and use its spaces and places (…) a free art or politics which challenges the normal, banal, functionalized and increasingly commodified and privatized space”. With the “right to the city” concept, Henri Lefebvre (1996)  had aimed to provide an alternative vision for a city in which inhabitants  are entitled to the right to manage urban space for themselves,  a possible city beyond the state, capitalism and consumer society.

David Crouch (2010, 57) asserts that “the problem is not with heritage, but the way it is thought about and institutionalized in contemporary culture, often through dominant visual representations”.  Laurajane Smith (2006) presents that the key limitation with institutionalized or conventional heritage is related to “authorized heritage discourse” (AHD). In her conception of AHD the UN World Heritage Conventions and all other authoritative bodies in the heritage field are included.  Such discourse is steered by officials or experts with the power to define and legitimize the meaning and understanding of heritage. Here, the emphasis on preserving material things often marginalizes the practices and beliefs of source communities. AHD focuses attention on the aesthetically pleasing material objects to be protected for its national significance; justifies tourist value as a support for the economic promotion, and defines heritage as material and non-renewable (ibid). AHD is path-dependent, which continues shaping perceptions and dissonant conceptions of heritage.

The AHD can be identified within the case of street art and graffiti, although the experts in charge of preservation or removal are not only experts within the heritage field, but also private actors and various state and city authorities. The most classical approaches of AHD were applied to street art and graffiti such as tangible framing (e.g. covering an artwork with Plexiglas or Perspex), preservation of ascribed historical, aesthetic and touristic value, and legal heritage frameworks. The academic literature illustrates that local authorities and heritage experts most commonly use value-based systems and tangible preservation techniques to justify the preservation of street art and graffiti (Avery, 2009, MacDowall 2006, Hansen 2016, Hansen and Danny 2015, Dovey, Wollan, and Woodcock 2012). However, street art or graffiti values like illegality, the ‘everyday’, public space, anti-commercialism and transience are usually not considered. Susan Hansen and Danny Flynn (2015, 898) specify that local councils tend to preserve street artworks of famous street artists by fixing Perspex over the works; this marks them as ‘being of value’, ‘adding value’ and being worthy of conservation. However, they fail to consider its anti-commercial and “the right to everyday experience” value. They fail to understand that unsanctioned graffiti and street arts role is beyond bureaucratic or capitalist systems, beyond the elite space of the art gallery; a free form of art, which can be made by everybody and for everybody. For this reason, the tangible preservation strategy has proven harmful to street art and graffiti as it reinforces a division of high and local culture, and encourages vandalism rather than safeguarding (Hansen and Danny 2015, 899).

Street art and graffiti has traditionally fought for the urban commons and been intentionally accessible. Framing street artworks deprives citizens of the right to experience them (in the public space and ephemerally) in daily life and the broader right to engage with the city; it stimulates the privatization and commodification of culture, which street art by its nature is opposed to. Moreover, AHD tends to averse the meanings of certain street artworks neither does it consider the opinions of local people.

The photo below shows the consequence of the preservation of Argus’ Stencil “Smiley” with Plexiglass in Bergen, Norway. Smiley was a famous city character; Smiley symbolizes the free expression of the choice to live on the streets of Bergen, his lifestyle represents the right to a different experience and the right to the city. The figure (who also belongs on the street) is very close to the essence of the philosophy of street art. Despite the symbolical meaning of the painting and despite the negative reactions by local people against tangible preservation, which were expressed in local media with the titles “The ugliest gallery in the city” (Bergens Tidende 03 February 2014) and “City council prisons street art” (Bergens Tidende 20 November 2014) street artworks by Argus (‘Smiley’ and ‘Otto’) are continuing to be imprisoned with Plexiglass.

Argus ‘Smiley’ stencil before and after framing.
Source: Argus/argusgate.wordpress.com. Permission obtained from Argus.
The framed photo on the right is taken by Laima Nomeikaite.

In order to protect the value “right to the city” of unsanctioned street art and graffiti, there is a need to move away from formal heritage frameworks, tangible preservation techniques and expert-based approaches which attempt to legitimize the meaning of heritage. Firstly it needs to be understood, as Laurajane Smith (2006, 44) argues, that ‘heritage is not a “thing”; it is not a “site”, building or other material object with defined meanings and values’; rather, heritage must be experienced, and ‘heritage is the experience’ (Smith 2006, 45- 47). Furthermore, drawing on the theoretical position of the more-than-representational aspects of social life, Laurajane Smith (2006, Chap. 2) provides a new understanding of heritage as a process or a performance. Conception of heritage as a process refers to a shift from material representations, static objects and sites, towards heritage as a relational and socio-cultural process in the present.  Thus, heritage is always in the remaking process, it is re/ created, it is a cultural process or performance in which the values and meanings are identified and negotiated; this process always emerges in the present not the past (Smith 2006). Heritage is vital, changeable and relational, as David Crouch (2010, 64) presents that heritage closely engages in dwelling, identity and belonging (…) “a dynamic process through which heritage emerges at particular times, moments, durations and feelings of belonging”.

Instead of focusing on formal heritage frameworks, value based systems and stakeholder approaches to street art and graffiti, heritage management practice could engage with the performative everyday practice. The turn towards “practice” in heritage studies emphasizes the ways in which people interact routinely at heritage sites, landscapes and museum spaces in everyday life (Auclair, 2015; Crouch, 2010; Haldrup & Boerenholdt, 2015; Schofield, 2009). John Schofield (2009) expresses that, in order to achieve more inclusive heritage management, researchers must analyse the interactions between people and their physical environment in everyday life. In his opinion, ‘[t]he heritage should be about: the everyday, the everywhere and something for (and of) everybody’ (Schofield 2009: 112). Schofield asserts that studying the everyday is a symmetric approach to heritage conservation, accommodating multiple views and perspectives; everyday practice provides the views about heritage as people actively engage with it rather than a selective heritage expert group managing the change.

Graffiti and street art is not only imagery, but it also concerns urban life – its atmosphere, its public space and its ‘everyday’ sensory, affective and embodied experience. Thus, there is a need to engage with the multiple views and perspectives related to not only street art images, but also to its relations to the cityscape. Performative and affect-based approaches might capture different perceptions and sensory experiences of street artwork and its relationship to the physical environment. Performative research methods were developed for exploring performative practice and the sensory inventory of urban life, including ‘soundwalks’ and bodily interactions (Paquette & McCartney, 2012); ‘smellwalks’ (Henshaw, 2013); and rhythm (Edensor, 2012). Charlotte Bates (2013), for example, uses video diaries to capture embodied experience in everyday life.