This year’s Nuart Plus program sets up a false dichotomy of muralism versus activism and neuters muralism’s power. Day one of the Nuart Plus talks will be on “Muralism,” and day two will be on “Street art and activism.” Is there no room for activism, or at least some kind of political voice, within muralism? By saying “Street Art and Activism” but just leaving muralism as “Muralism,” we have ripped out muralism’s heart. Shouldn’t it be “Muralism and X,” whether THAT “X” is “activism” or “gentrification” or “communities” or what have you? 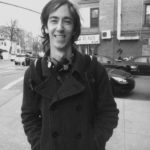 RJ Rushmore is a 20-something living in Philadelphia. He became a fan of street art alongside his father when they began collecting art and searching out street art together in early 2008. RJ has written two books, curated some exhibitions and is currently communications manager at the City of Philadelphia Mural Arts Program, editor-in-chief of Vandalog, and co-curator and artist liaison for The L.I.S.A. Project NYC. Some of RJ’s favorite street artists include Jenny Holzer, Brad Downey, Troy Lovegates, John Fekner and Swoon.

The way we have titled these events suggests that muralism is at best art for art’s sake and at worst meaningless. If we are meant to be having a debate about which of these two fields is “better,” those of us organizing Nuart Plus have already picked the winner simply by how we titled the each day of talks. I disagree that muralism is simply “Muralism.” It certainly can be “Muralism and X.” To pair it with “Street Art and Activism,” I suggest “Muralism and Social Change.”

Activist street art creates an undeniable visceral response, and it gives a voice to the voiceless. But what if you are not voiceless? What if you have access to the halls of power? Surely you are not precluded from also improving society, perhaps in ways that align with the same issues and values that activist street artists are interested in.

Take where I work: The City of Philadelphia Mural Arts Program has, for 30 years, shown that artists can infiltrate government and promote positive change through art while working with and from inside the system. Mural Arts is a part of the city government in Philadelphia, and the program has used an insider approach to fulfill ideas that traditional activists can only dream of.

Here are a few examples of how we work within the system and use muralism to ignite change:

Some murals are purely decorative: essentially outdoor wallpaper, covering up blight or whitewashing a sponsor’s reputation. Other murals are louder than a bomb: providing jobs for artists, empowering local communities, and skills training for at risk populations. Street art is the same. Artists like SpY draw our attention to the dangers of a mass surveillance culture. Other street artists use walls solely to promote their vacuous gallery art. Muralism is not the enemy of change. Apathy is.